Everything you need to know about our Company

Saving electricity with joy for a better future.

We are committed to design, manufacture, sell and service motor control products and super-efficient appliances that exceed customer expectations. We will achieve this by:

To save millions of units of electricity every year by designing & manufacturing innovative energy efficient motor control systems and super- efficient appliances that are a delight to the customers and offer long lasting values. To conduct our business ethically such that it is beneficial to our employees, suppliers & shareholders.

Durga & Sundar started Computer Controlls Corporation (CCC), a partnership firm, in 1989 to design and manufacture embedded control systems for machines. CCC's products were consumed by Original Equipment Manufacturers around India. The products were known for its innovative solutions and aesthetics. These products-controlled machines in automotive, textiles, and printing applications.

In 2004, CCC decided to concentrate on motor control products and marketed these products under Versa Drives derived from 'versatile motor drive'. After Versa Drives became popular with customers, a new private limited company was registered as Versa Drives Private Limited in 2010, and CCC's business was transferred to it.

Versa Drives is capable of making fractional horsepower BLDC motors. In 2012, Versa Drives launched India's first super efficient ceiling fans under the brand name Superfan which won awards around the world for its innovation and energy savings ([http://www.superfan.in).] www.superfan.in). After creating Superfan, Versa Drives worked closely with the Government of India's Bureau of Energy Efficiency (BEE), Bureau of Indian Standards (BIS), and various agencies, NGOs, and international organization CLASP to bring about a huge shift in the fan industry. 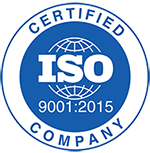 Sundar did his BE (Electrical & Electronics) from Annamalai University, India and MSEE from University of Missouri - Rolla, USA. He has worked in product development in Electronics and Robotics. He started Computer Controlls Corporation in 1989 along with Durgasharan and is now responsible for putting Versa Drives in the global market.

Durga graduated from Osmania University, India with BE in Electrical and Electronics Engineering and he did his M. Tech. from IIT - Madras. He worked in Systems Engineering and Robotics before he started Computer Controlls Corporation along with Sundar in 1989. He has been working in embedded system design and development. Now he is responsible for the design of Versa Drives.

Ms. Maheswari was a Gold medallist from Nachimuthu Polytechnic and later graduated from Government College of Technology, Coimbatore. She is with the organisation since 1990. Starting as a Technician, she has contributed to the growth of the organisation in every stage donning different roles. She has extensively worked with BEE, BIS, and other agencies in bringing about improvements in star rating programs of ceiling fans. She is currently responsible for General Management, Procurement, and Manufacturing.

Mayur did his B.Sc. Physics at Loyola College, Chennai, and completed his M.S and Ph.D. Physics at Ohio University, USA. He has research experience is in nanosized semiconductor materials and their application in computer memory and hydrogen production. Now at Versa Drives, he is responsible for the development and business of the appliance division that currently has the brand Superfan - India’s first super energy efficient ceiling fan.